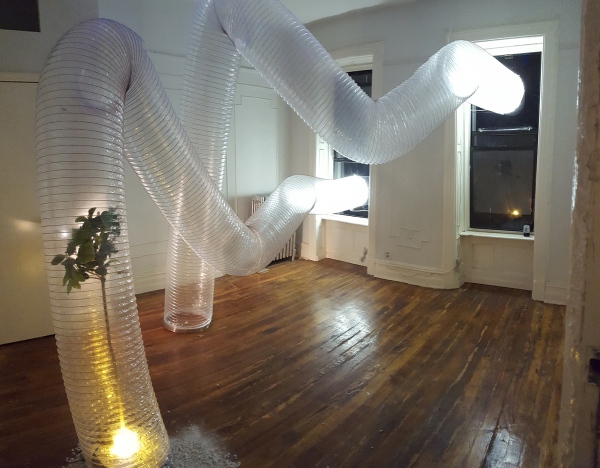 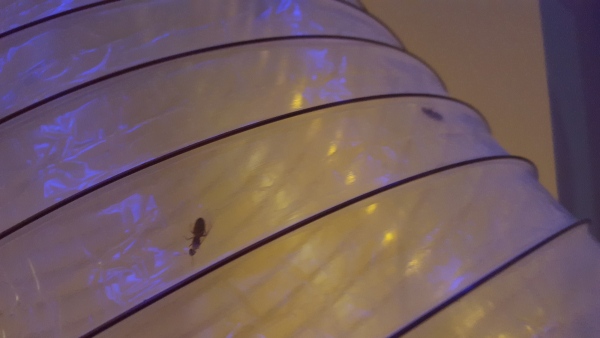 After the monsoons of early summer (or is it late winter?), the wetlands along the coastal edge of what was central Brooklyn becomes thick with swarms of mosquitos. Public health officials issue warnings against nighttime activities in the height of mosquito season: West Nile Virus and Zika scares of the early 00s have since given way to diseases with more complicated names and symptoms.

But life goes on. The origin of “Pathogen Partying” remains a subject of urban lore, but there is a clear set of events which led to its popularly: the imposition of nightly curfews due to disease vector fear, the transformation of public parks into the territory of feral pets abandoned during the floods of last decade, and a post-millennial pursuit of  a “natural high” as opposed to the pharmaceutical variety of previous generations. These events, combined with the realization that the habitat of the nightclub - blacklight, sweat, CO2 - is also the preferred habitat of The Swarm.

In darkened streets, Department of Public Health vans creep along, spraying long arcs of pesticides into clumps of cattails. On a block where street trees have now been replaced by riparian marsh grasses sprouting among crumbling sidewalks, a purple light serves as a beacon. Pathogen Parties are ad hoc affairs with revolving codenames and addresses: necessary measures to avoid DOH raids and citations for ‘reckless ecological behavior.’ Tonight, in the third floor walkup apartment, The Swarm congregates in ultraviolet. The audience has assembled and now they mingle amongst carbon-extruded ductwork: in a room, like a garden, like a nightclub, like a swamp.