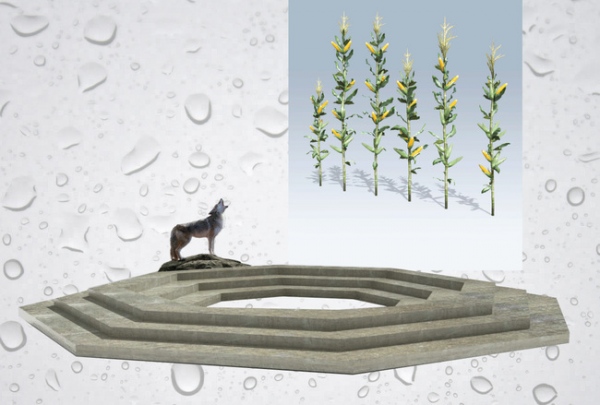 October 2 @ The Chicago Board of Trade, as part of the Chicago Architecture Biennial

GRNASFCK  will be leading an archaeological tour at the Chicago Board of Trade and the New York Mercantile Exchange, the world's oldest and largest futures and options exchanges.

"Futures" markets actively wager on crop performance, natural resource extraction, and climate events compared to a background of previous seasons. With increasing climate disruption more energy has entered into the market (in the form of atmospheric carbon) creating an economic engine now entirety automated, amplifying the toposphere with weather patterns projected onto a global economy.

In 2015 the Chicago Board of Trade and the New York Mercantile Exchange announced they would be leaving The Earth and entering The Cloud; completing the transition from physical, open outcry floor trading to a purely electronic system.

Now, decades later, post-XXXX, when trading is algorithmic and currency digital, we return to the petrified temple of meteorological capitalism, as anthropologists looking for clues indicating why this artisan trading system evaporated and what it means for the now-present future.

In collaboration with Menifest Journal

Support for this project by the Princeton-Mellon Initiative